Lovely Kris from my university days came to visit en route to a conference in Aberdeen; it is a long way from Devon!  We hadn't seen each other in eight years but soon caught up during the drive back from the train station. 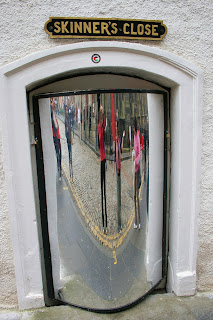 Day 64 took us a jaunt up to Edinburgh for lunch, sight seeing, giggles at the bendy mirrors and even a nudey man . . . 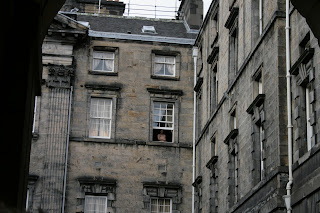 . . . yes, really, look closely at the open window.  We accidentally stumbled upon filming for Cloud Atlas and whilst straining to see over the heads of the crowd Kris spotted the topless chap clutching a satchel to his chest.  Will we ever know what that was about? 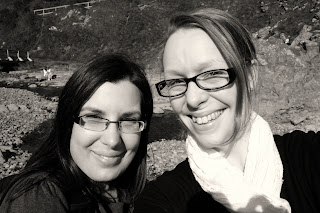 Day 65 - a trip to the beach and some glass collecting, it was lovely to hang out with my old house mate and reminisce over Aberystwyth days. 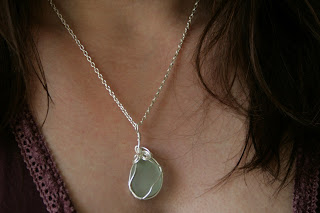 Day 66 - using one of the pieces found the day before Kris made a sea glass swirl pendant.  Despite her proclamations to the contrary Kris swiftly became adept with wire and pliers and made a really pretty pendant. 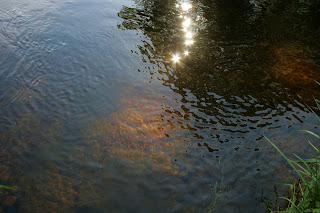 Before leaving for Aberdeen we had a stroll along the river, which was twinkling beautifully.  A really fun weekend of catching up, chilling out, rugby, book perusing, wandering, eating, drinking, looking and making.  Hopefully it won't be another eight years before we see each other again.

Email ThisBlogThis!Share to TwitterShare to FacebookShare to Pinterest
Labels: 365